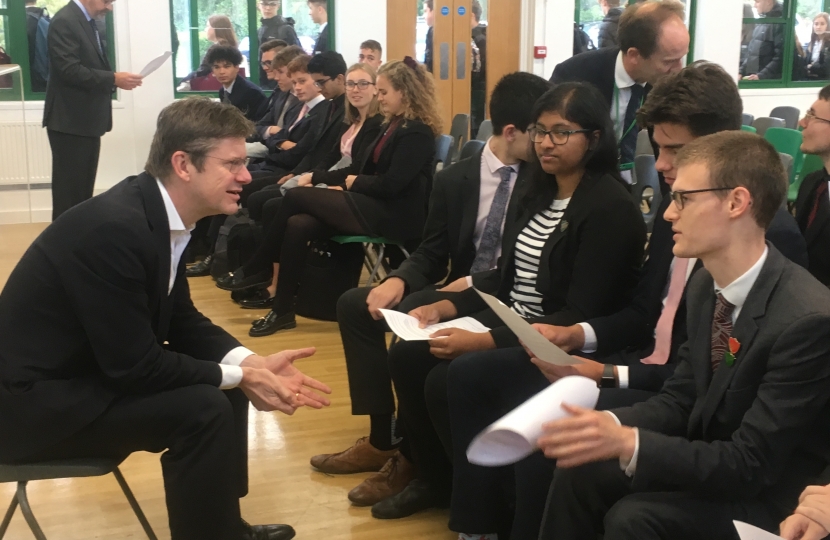 Brexit, the environment and the current discourse in politics, were among the main topics Greg addressed today during a Q&A session with the Bennett Memorial sixth form. In a lively session, which saw a high level of engagement from many pupils, Greg spoke about his own views on the current political situation in the UK and why he remains committed to backing Britain's exit from the EU - but only with a deal. He also spoke about his decision vote against the Government and why he still considers himself to be a Conservative, despite losing the whip in Parliament, as well as why the recent aggressive tone of debate in Parliament is counterproductive.

It was not just a one way Q&A. Greg used the opportunity, by a show of hands, to find out which of the many Brexit scenarios - ranging from no deal to revoking Article 50 - the majority of Bennett's sixth formers support. A few of the students then volunteered to explain to Greg why they voted the way they did.

Commenting on his visit to Bennett, Greg said: "I was impressed to see such a high level of engagement in current affairs among Bennett's year 13 students. Many of them are already of voting age and as it seems probable that we will have a General Election in the near future the more they continue to take an interest in politics, the better."