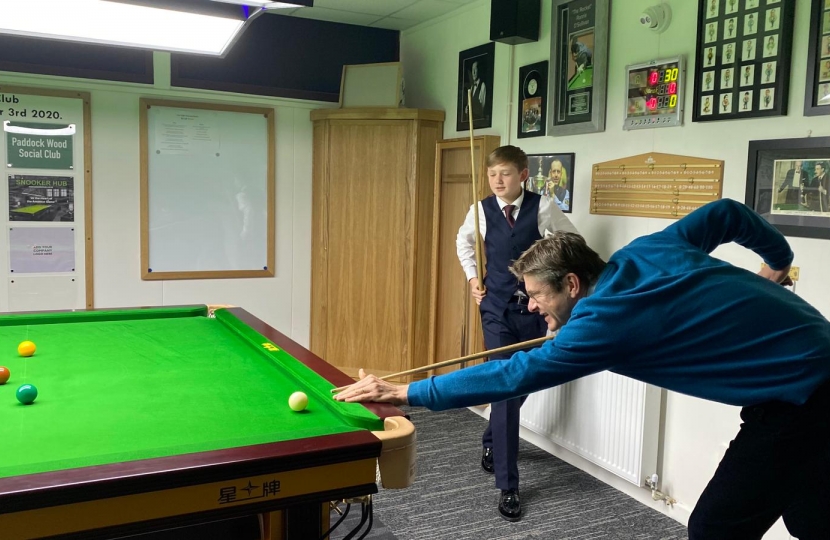 Greg was invited to the Paddock Wood Social Club today, to unveil its new Star Table and snooker facility which has been designed to help propel the town's young champion, Dylan Smith, into the big leagues. At only 13, Dylan has already excelled in international tournaments and looks set to embark on a promising career in the sport.

Greg said: “It was an honour to be invited to officially open the Dylan Smith practice facility at the Paddock Wood Social Club and to play a frame against the future snooker champion.

“Dylan is a big talent and clearly heading for the top. The professional-class facility is a great asset for Paddock Wood and I hope that it will provide an opportunity for many other players to follow in Dylan’s footsteps.”