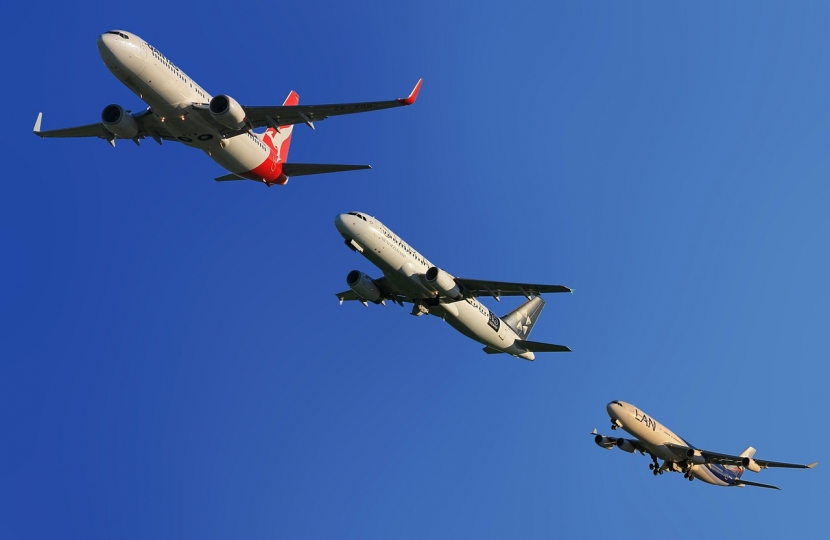 After pressing the Chief Executive of British Airways, Keith Williams, to modify their older Airbus A320 planes which produce a particularly disturbing high-pitched whining noise, the company has been in touch with Greg to say that they will all be upgraded within 2 years.

"Aircraft noise is of great concern to many local residents that live beneath the Gatwick flightpath so this is a really big step forward. Older Airbus A320 planes make a particular high pitched whining noise and the problem can easily be sorted out by retrofitting the planes with a simple piece of kit. Unfortunately up until now all British airline operators have refused to do so.

"I must commend British Airways for taking action on this and I hope that other operators such as easyJet will now follow suit. I will be meeting with the Chief Executive of easyJet soon to press her to do so.

"Airline operators have a responsibility to local communities to do everything that they can to reduce noise levels and they need to start taking this responsibility more seriously. British Airways have set an example – there is no longer any excuse for other airlines like EasyJet to make people suffer unnecessarily."

The whining noise on the older Airbus A320 planes is caused by the Fuel Over Pressure Protector (FOPP) cavities which can be fixed by retrofitting the planes with flow deflectors.

British Airways have 130 older Airbus A320 planes which will start to be modified from October 2015.

Two operators from other countries - Lufthansa and Air France – are already underway with retrofitting their fleet.