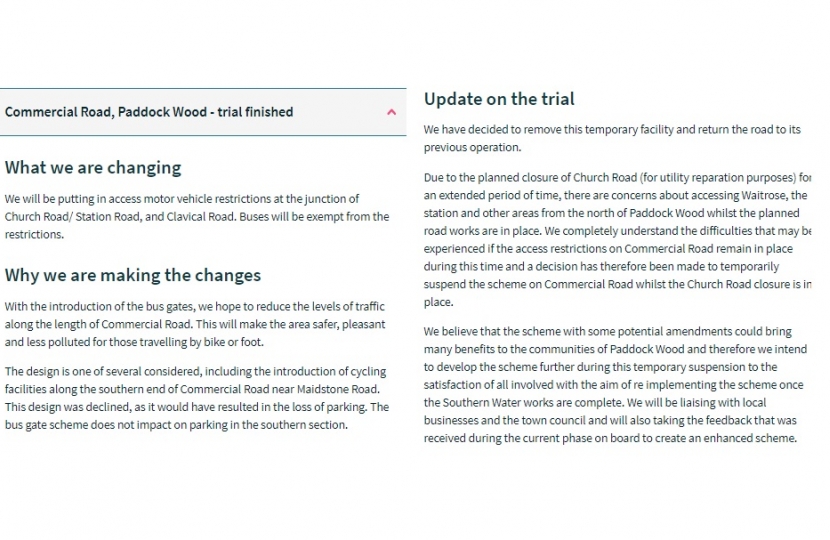 Greg has welcomed the decision to reopen Commercial Road in Paddock Wood to two-way traffic following his joint letter to Kent County Council.

In the letter, Greg and representatives from KCC, Tunbridge Wells Borough Council and Paddock Wood Town Council, pushed for the Active Travel Scheme – which since September has turned Commercial Road into a one-way street – to be “suspended as soon as possible”.

Had the scheme continued, it would have coincided with the closure of Church Road for an extended period as Southern Water installs a new sewer, giving rise to serious concerns among residents about the impact on traffic.

The letter stated: “The combination of these two changes to the local road network will be too disruptive to residents and businesses in the town.”

Following Kent County Council’s agreement to suspend the scheme, Greg said: “It is good news for my Paddock Wood constituents that KCC have opened up the road again. Its aims were well intended – and hopefully we will be able to make Commercial Road more cycle and pedestrian friendly in the future. But the chaos this threatened to cause people trying to get around and about Paddock Wood means that it was right to halt it.”