Down with homework! Greg leads subversive debate at Rusthall School 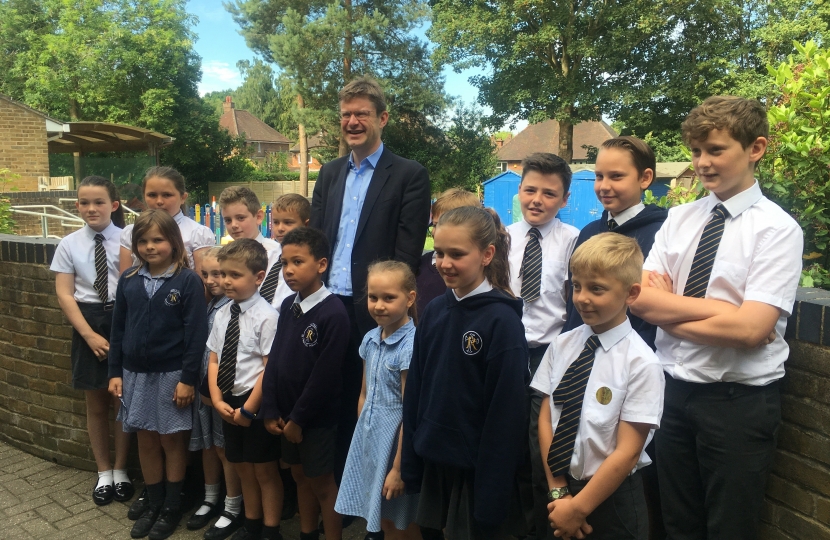 Greg taught the pupils of Rusthall St Paul’s Curch of England Primary School about the inner workings of the House of Commons today – by hosting a debate in assembly on the motion “should homework be banned?”

Acting as the Speaker, Greg divided up the children into supporters of the motion and opponents, before selecting volunteers to speak in favour or against.

Despite good arguments all round, it appeared the ‘hear hears’ which greeted the arguments of those wishing to ban homework were audibly louder than those who claimed it should stay.

The assembly debate came as Greg was visiting the school after receiving an invite from its Head Teacher, Caroline Powell, who took the Tunbridge Wells MP on a tour of the classrooms to see the children in a learning environment.

Speaking after the visit, Greg said: “I am very grateful to Caroline for inviting me to talk to the children in assembly today.

“I was impressed with the amount of knowledge many of them already had about politics and the enthusiasm in which they took part in the debate. I just hope my choice of topic has bot caused too much trouble for the staff.

“St Paul’s is a well-run school with attentive staff and bright students.”