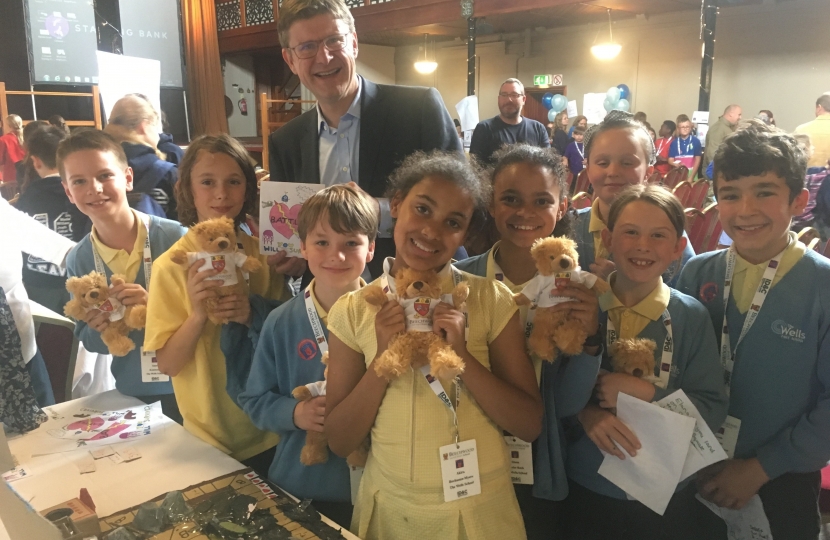 The future entrepreneurs of Tunbridge Wells converged at the Salomons Estate on Friday to see which school would win this year’s coveted Junior Enterprise Challenge.

Pupils from 14 schools across the area took part in the three day event, which this year saw teams of year five and six pupils come up with their own version of an educational game which they could then market.

The winning team this year was The Wells Free School for their boardgame BATTLE, which stands for Battle, Adventure, Treasure, Trapped, Life, Energy.

Following a speech in which he thanked the organisers and judges for their efforts in making the event such a success, Mr Clark handed out the first places prizes to The Wells Free School pupils.

Speaking after the event, Mr Clark said: “The games showcased today are of such a high calibre that I wouldn’t be surprised if I saw some of them in the shops by before long.

“Every team which took part today should feel proud of their achievement, but I would like to particularly congratulate The Wells Free School for their excellent game BATTLE. I am sure that I have just met some of the future business leaders of Britain.”