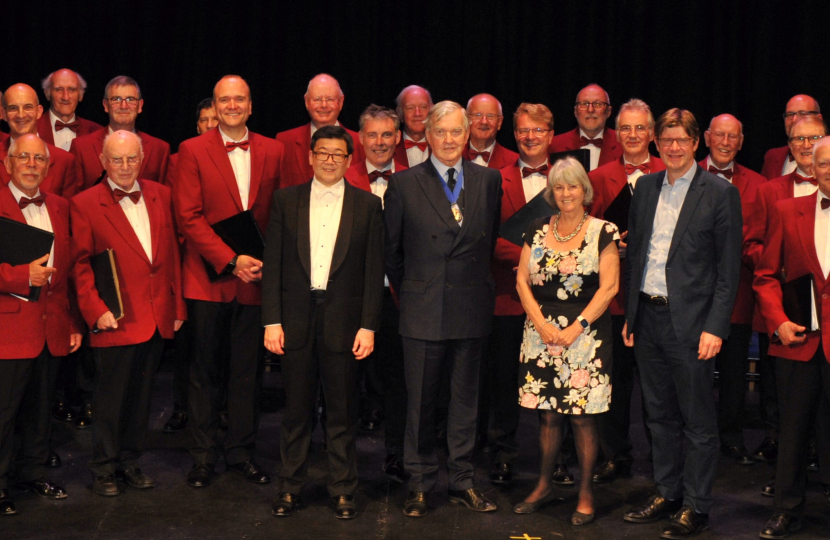 Greg enjoyed an evening of music at Trinity on Saturday as the Royal Tunbridge Wells Orpheus Male Voice Choir entertained the audience with a selection of songs from musicals, popular classics and traditional pieces, with the Bennett Memorial Junior Choir, led by Music Director Lisa Davis, providing a fantastic accompaniment.

Greg is the Patron of the choir, which was founded in 1938 and has performed in a number of high profile venues, both home and abroad, including the Royal Albert Hall, Buckingham Palace and the Menin Gate.

For more information on the Orpheus, including how to join, click here.