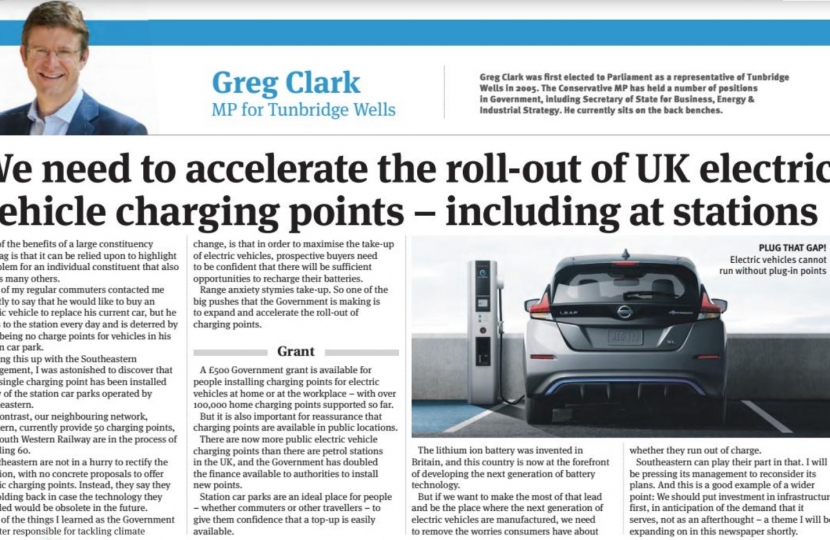 Greg has used his regular column in the Times of Tunbridge Wells to urge Southeastern to follow the example of its neighbouring rail operators and start installing charge points at its station car parks.

The column was written after correspondence with Southeastern revealed that they have not yet installed a single electric charge point at any of their station car parks. In addition to the column, Greg has written directly to the Chief Executive of Southeastern, David Statham, in order to highlight his concern at this lack of progress in this area.