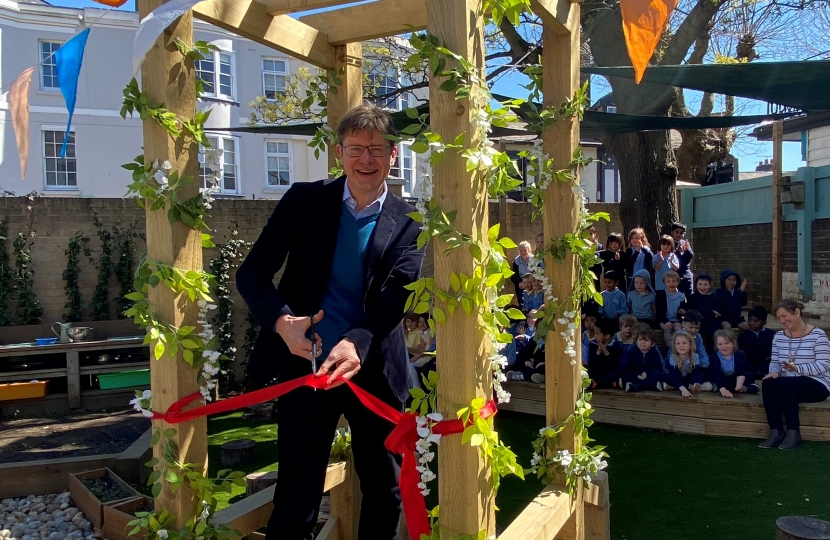 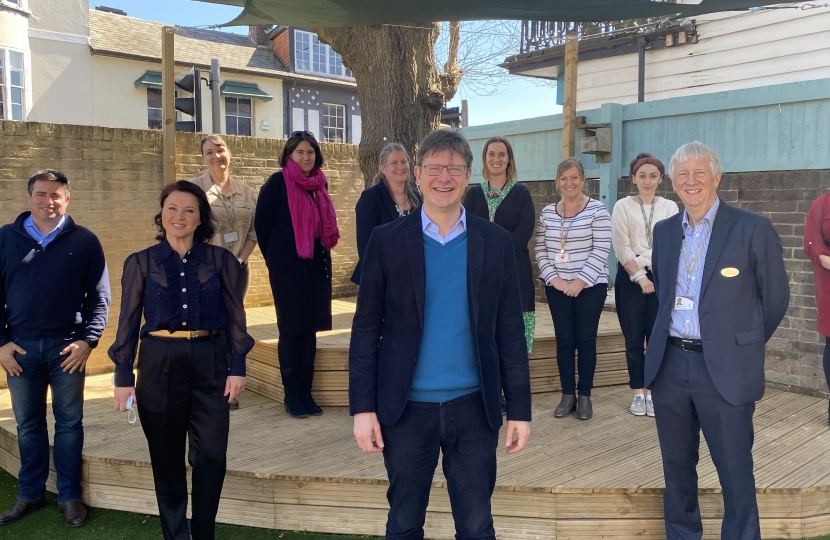 Greg was invited to the Wells Free School to view their new Early Years Garden today.

The majority of the new playground was built in just two weeks last November, although some finishing touches - such as a mural depicting the major London landmarks - are due to be completed soon. Most of the costs for materials were covered by fundraising from parents, while labour on the project was undertaken for free by volunteers and local businesses.