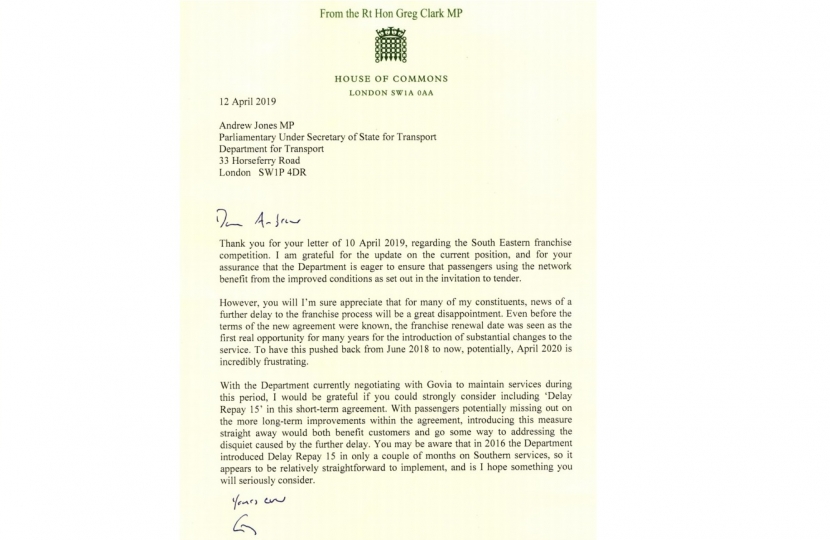 Greg has welcomed the news that Southeastern passengers will soon benefit from improved compensation for late journeys. The introduction of ‘Delay Repay 15’ will mean compensation is paid after delays of only 15 minutes, instead of the current 30 minutes. The improved measure has been agreed between Southeastern and the Department for Transport, as part of a short-term extension to their contract. Greg had previously pressed the Department to include Delay Repay 15 in this short-term agreement, after the decision on the long-term future of the franchise was delayed.

Greg said:  “I am very pleased to hear that Delay Repay 15 will soon be available on Southeastern services.

“When it was announced in April that the long-term decision on the Southeastern franchise would be delayed and the existing contract extended, I wrote to the Rail Minister, Andrew Jones, asking him to include Delay Repay 15 in this short-term deal. Passengers were promised it would part of the new franchise so it’s only right they benefit from it now rather than having to wait.

“The current threshold of 30 minutes means that passengers are not compensated at all for delays which can have a dramatic impact on their day – from being late to work to missing connections – so I hope the improved package will be rolled-out as quickly as possible.”