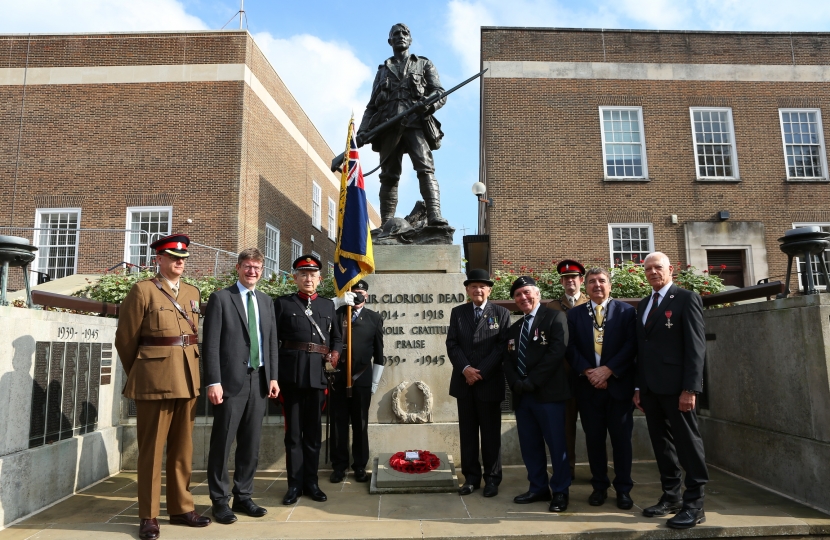 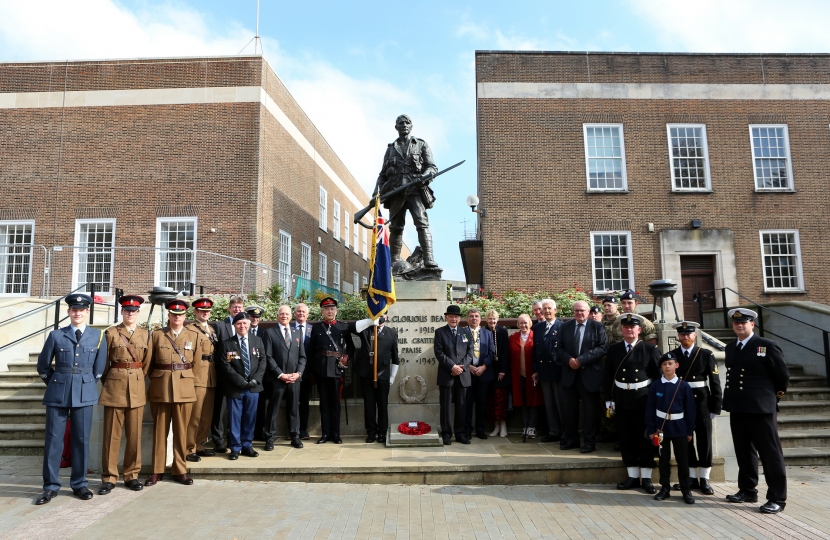 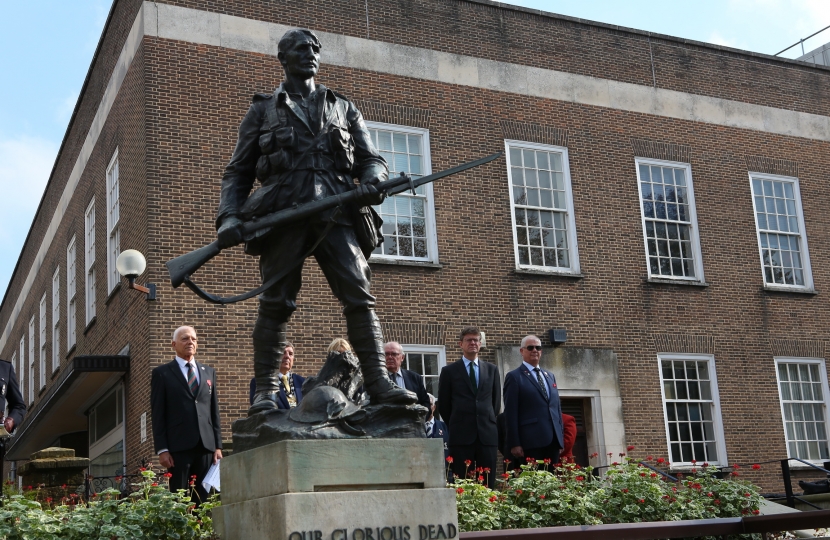 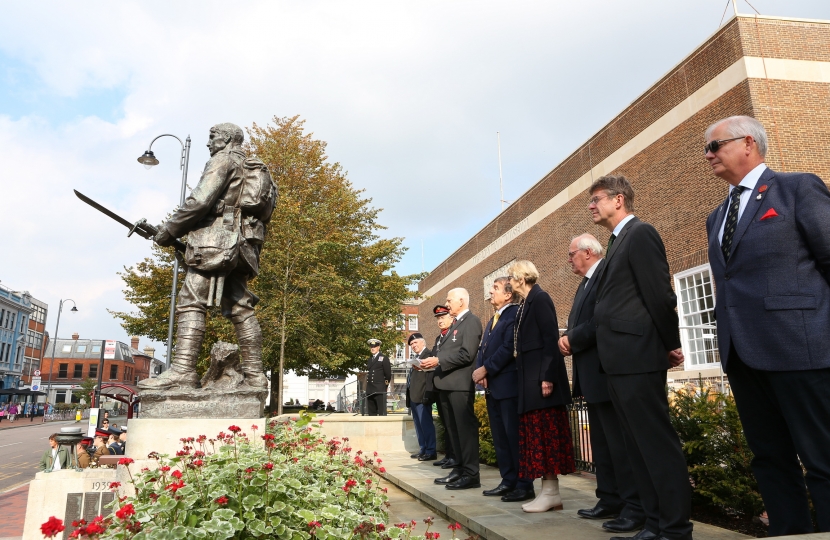 Greg marked the 100 year anniversary of the Tunbridge Wells branch of the Royal British Legion today, in a wreath laying ceremony at the town centre War Memorial.

Attendees included members of the Royal British Legion, veterans and serving members of the armed forces, reservists and cadets. The Mayor and leader of Tunbridge Wells Borough Council were also present to mark the anniversary.