RAF Hero’s 101st birthday celebrations in the House of Commons 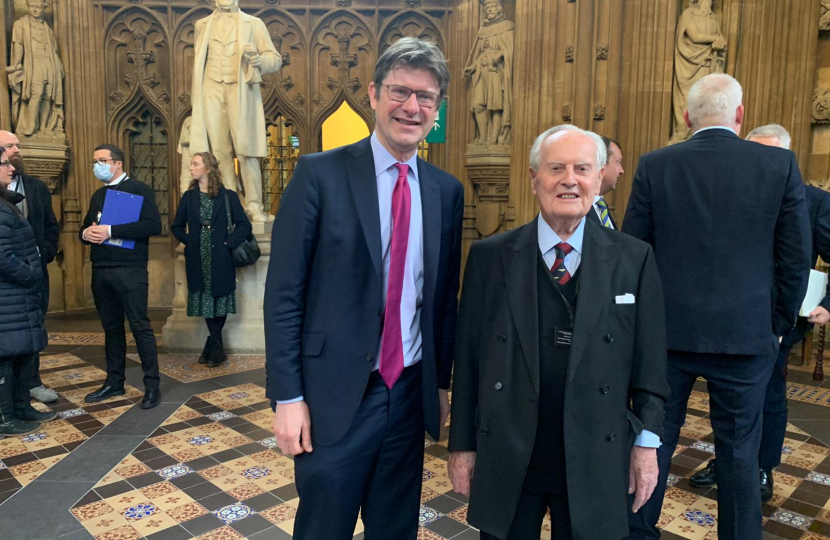 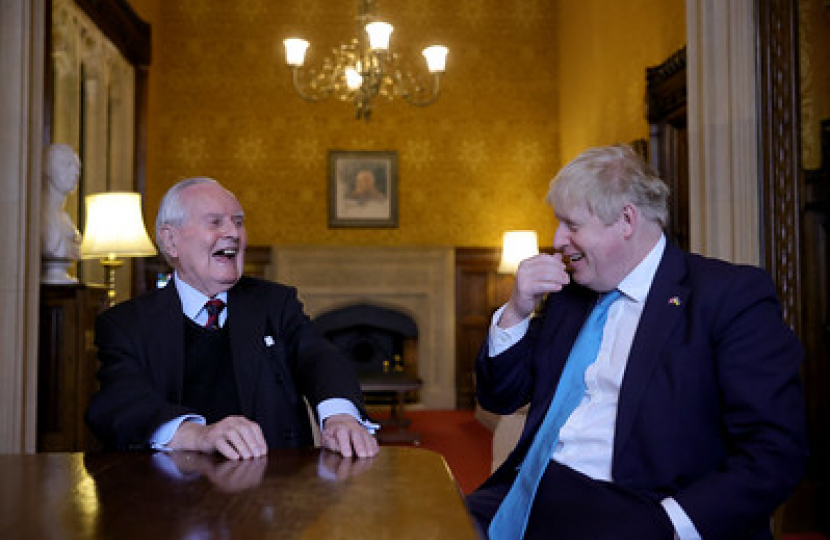 Colin was Greg’s guest in the Speaker’s gallery for PMQs where he was able to watch Greg ask a question:

As we salute the courage of the people of Ukraine we remember that we can meet in our Parliament today only because of the courage of a generation of men and women who, in the Second World War, defended us against annihilation.

Among them is my friend and longtime constituent Flt Lt Colin Bell DFC, who flew his wooden De Havilland Mosquito in 50 missions over Nazi Germany.

Flt Lt Bell is with us today.

On Saturday he celebrated his 101st birthday.

Will the Prime Minister join me in wishing him a Happy Birthday and thanking him for his part in us being here today?”

He was rewarded with cheering from the whole House of Commons and Happy Birthday wishes from the Prime Minister who he met with afterwards in his office. The Prime Minister’s grandfather was also a fighter pilot in the war and he was fascinated to hear Colin’s stories of his wartime experiences.

Greg attended the official opening for two new emergency facilities at Tunbridge Wells Hospital today, marking the latest expansion to the hospital which first opened in 2011 - three years after Greg successfully secured the last funding for a new hospital before the 2008 financial crash.