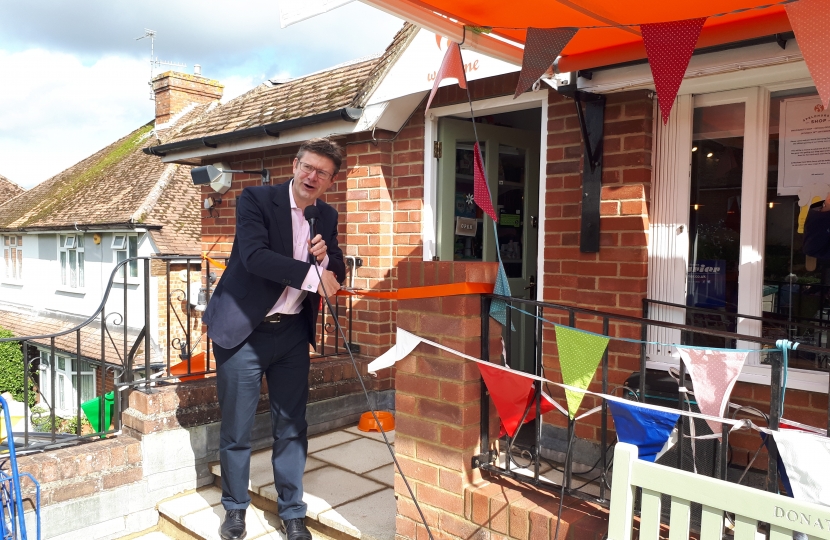 Greg attended the official opening of the Speldhurst Community Shop today where he was given the honour of cutting the ribbon on the newly completed project.

Dozens of volunteers from the village had laboured on the project which saw the formerly privately-owned shop become a community-owned and run business after its previous owners decided to take retirement in August. Work was undertaken by local residents to refurbish the store, which also serves as a Post Office, while volunteers will be responsible for staffing it. Tunbridge Wells law firm Cripps offered pro bono legal advice throughout the transition.

Speaking after the opening ceremony Greg said: "It was a pleasure to perform the official opening of the Speldhurst village store in its new incarnation as a community run business, with 60 volunteers from the village working on a rota to make sure it is open for business to serve customers.

"Taking the store on has been a tremendous community effort. There was a festive atmosphere inside and outside the shop on Saturday morning and a sense of camaraderie which was a very welcome contrast to the atmosphere in Parliament the week before."