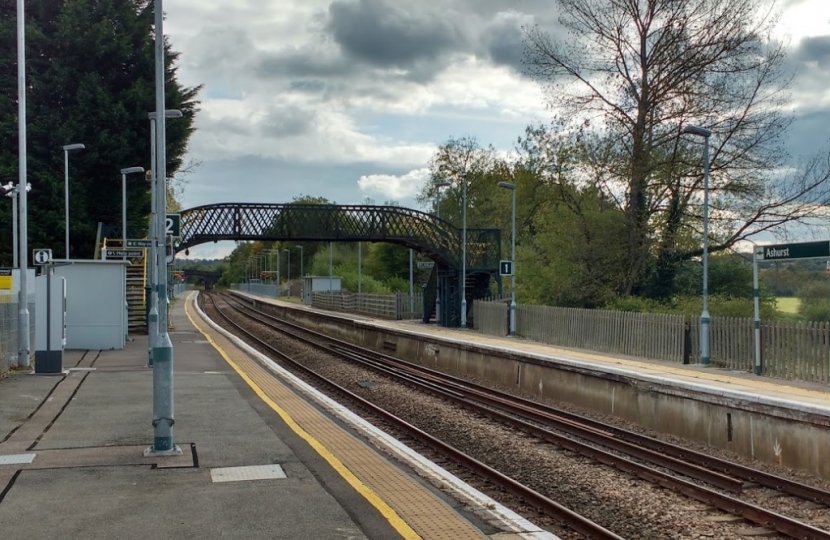 Ashurst station will benefit from a £30,000 grant to build a new shelter and install new seating.

The grant comes from the Government's £15 million Passenger Benefit Fund, which was established after the Government sought compensation on behalf of passengers following a prolonged period of poor performance by GTR - the operator that runs the Southern and Southeastern franchises - in 2018. Action was taken to seek compensation following increasing concerns over the network's failings, which were highlighted when Greg decided to host a commuter's conference in Tunbridge Wells Town Hall.

MPs called for the compensation to deliver tangible improvements for passengers and funds were allocated for station improvements.

The Ashurst shelter is forecast to be completed by the end of March.