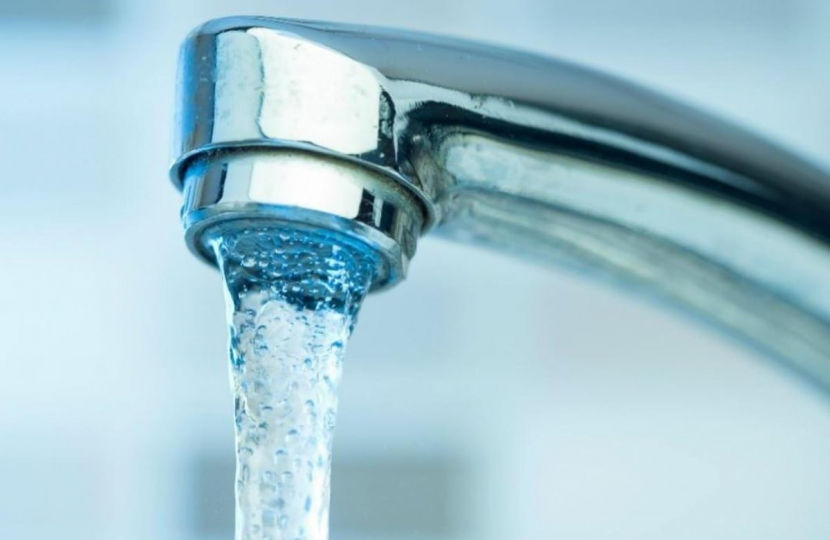 As we start the New Year I wanted to give an update on how things stand with South East Water.

Most people who receive should have seen their water return just before Christmas. There have been localised outages related to burst pipes since then, but not the area-wide cuts that we had in December.

This morning I met with South East Water once again to discuss the two main issues the company must deal with following the crisis in December: the resilience of the network and compensation for customers who had their supplies cut.

On resilience, although the system is currently stable, it is not robust. Flooding at Tonbridge from the rainfall around New Year reduced supplies from the treatment works there, and this combined with ongoing problems with burst pipes means the Blackhurst Lane reservoir, which supplies much of Tunbridge Wells, is at around 60% capacity, with the possibility of another cold snap during the next week.

Clearly there needs to be a plan to increase the security of our supplies against things that can make an impact – whether power cuts, flooding or freezing weather. I have asked that all options are assessed and that any which can be fast-tracked are brought forward. I expect to be updated in the coming weeks by South East Water on what measures can be implemented.

On compensation, I reiterated to the company what I said before Christmas, that South East Water should not take a minimal interpretation of their statutory Guaranteed Standards of Service definitions of compensation due, but recognise the aggravated impact of days of rolling disruptions on people and businesses. I also conveyed my view that over and above compensation for individual customers, the company should make a contribution to the wider community for the disruption that was caused to the whole area.

I will update you again when I see some progress on compensation, which I expect to be this month, and on the next steps on upgrades to the infrastructure.

With warm regards and all the best for 2023