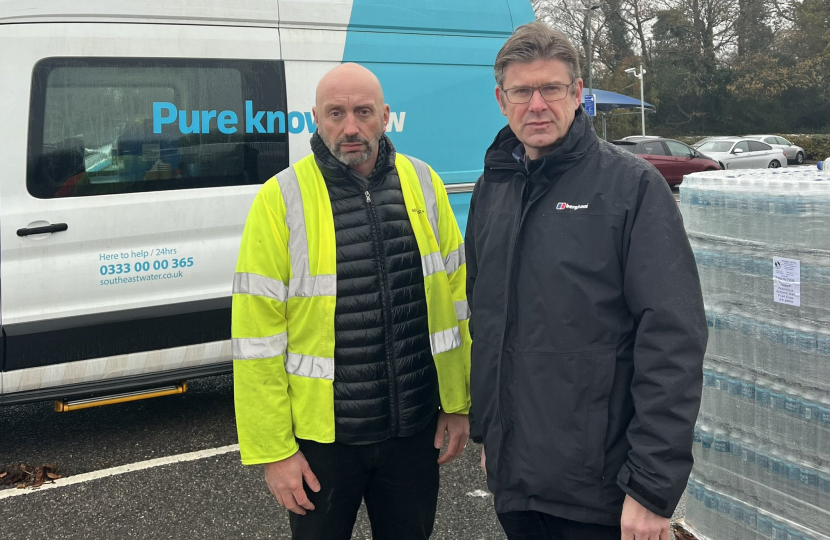 Following the most recent disruption to water supplies in Tunbridge Wells and the surrounding villages, Greg met again with the Director of Operations for South East Water.

Greg made it clear that he has run out of patience with the company's excuses for the rolling water outages which have been impacting thousands of his constituents since November.

During the meeting, Greg demanded:

To ensure they do not backslide and get a grip of the situation, Greg has requested a debate in Parliament in which he intends to highlight their failures during the last few weeks.

1:15pm - Greg gives interview to BBC South East in which he criticises the current water situation in Tunbridge Wells.

3:45pm - Greg has conversation with South East Water CEO David Hinton on the poor performance of the comapany and emphasises he expect the issues raised above (11:30am) to be addressed.