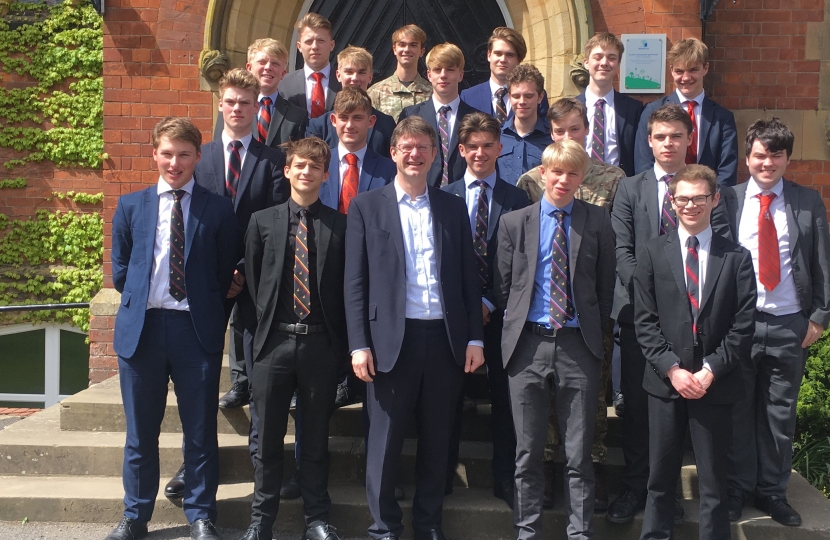 Greg met with senior members of staff from both Skinners and Judd this afternoon at Skinners School to discuss the issue of student mental health.

Numerous concerns were raised, such as the current waiting time for students to be referred to specialists, the maximum of twelve weeks a young person suffering from mental health issues gets in provision and the cut off referral age being set at 18.

Acknowledging the current state of provision can be approved, Greg encouraged the schools to come up with their own proposals on how to improve the system which they can then put forward to the CAMHS provider, NELFT, next month.

This meeting was followed by a Q&A session with the Skinners sixth form politics pupils, where the insightful students quizzed Greg on the topical issues of Brexit, the environment and state of British politics.

Greg said: "Since I was elected I have campaigned hard for improvements to children and adolescent mental health services in West Kent. The meeting today has revealed much more still needs to be done before we have the sort of provision our young people deserve.

"However, I am very encouraged that our local schools are taking the issue seriously and have taken all the necessary steps to do their part in ensuring their pupils are well cared for."

I am here to help: Greg's message to his constituents

Following the Prime Minister's announcement that England will be placed in another nation-wide lockdown, Greg wishes to reassure his constituents that he and his team are still on hand to help with any issues they may be facing during this particularly difficult time.