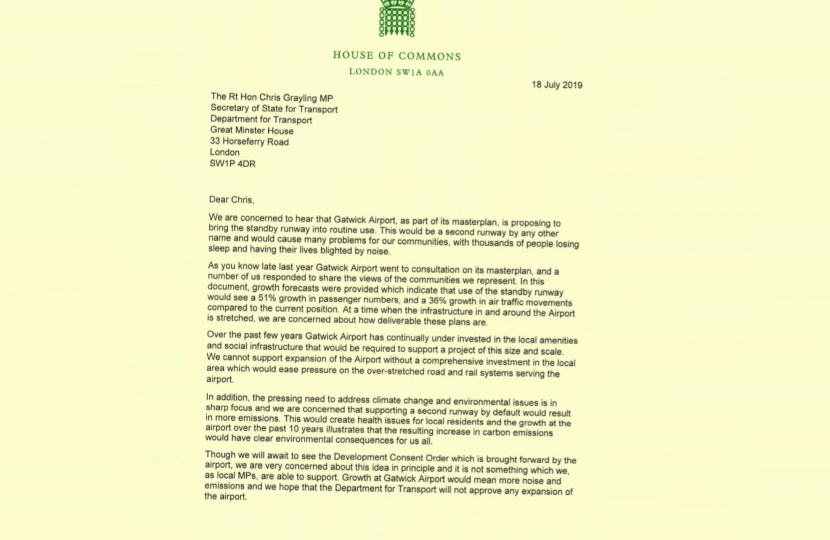 Greg has reiterated his opposition to the expansion of Gatwick in a joint letter to Chris Grayling in which he, and five other MPs, express their opposition "in principle" to the airport's plans to bring its reserve runway into regular use which they describe as a "second runway by any other name."

The letter was sent to the Secretary of State for Transport in the wake of Gatwick publishing the final draft of its Master Plan, in which the airport outlines its business proposals for the next five years. Aircraft noise, climate change, health issues and the lack of decent infrastructure to cope with surging passenger numbers, were all reasons cited for their opposition.

Aside from Greg, the five other signatories were:

Intrusive levels of aircraft noise affects many of my constituents, especially those living towards the west of Tunbridge Wells. I have been working alongside community groups and local experts to press for Gatwick, the airlines and the regulators, to change flightpaths and operate quieter aircraft.