Heathrow expansion given go ahead 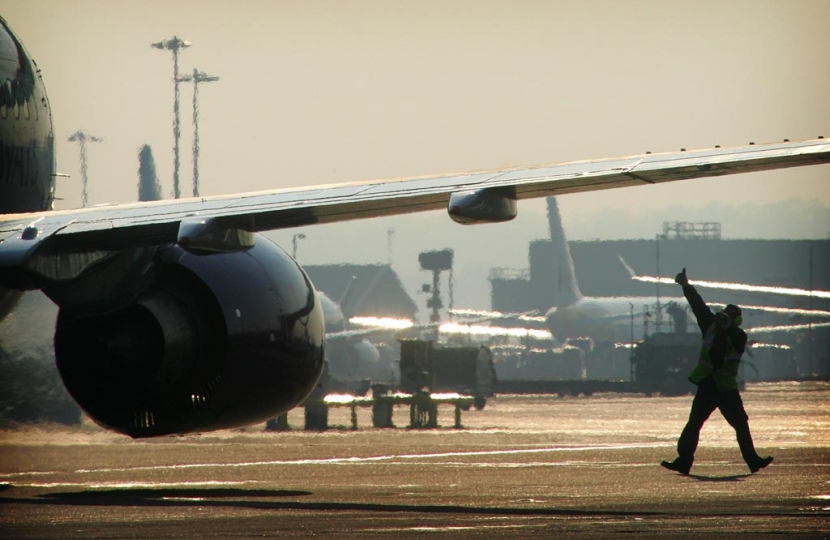 Greg has welcomed the government's decision to back Heathrow's expansion plans over those put forward by Gatwick.

Giving London Heathrow the green light to build a third runway will ensure the UK maintains the necessary infrastructure to remain economically competitive in the years ahead, while limiting the potential noise impact over West Kent.

Greg said: "I’m very pleased that the decision has now been made and the Government has made its preference for the expansion of Heathrow clear. It was a privilege to be a member of the Cabinet sub-Committee which made this decision, and we considered all the evidence, including the Davies Commission report, very closely. A third runway at Heathrow will help us ensure we have the modern infrastructure we need so that the UK remains a major player in global trade and industry, and air passengers will benefit from an ever greater range of flights and destinations.

"As the Secretary of State for Transport has said there will be a vote in the Commons next year following a period of statutory consultation, which I hope will confirm the Government’s desire for expansion at Heathrow.”

Intrusive levels of aircraft noise affects many of my constituents, especially those living towards the west of Tunbridge Wells. I have been working alongside community groups and local experts to press for Gatwick, the airlines and the regulators, to change flightpaths and operate quieter aircraft.