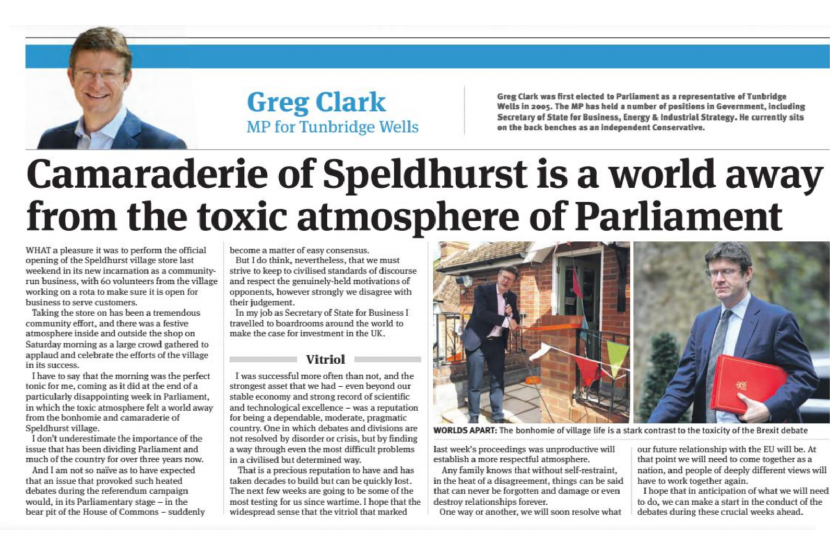 Greg has used his latest column in the Times of Tunbridge Wells to call for calmer public discourse following a week of particularly antagonistic debates in Parliament. Comparing the camaraderie he experienced when opening of the new Speldhurst Community Shop with the "disappointing" and "toxic" atmosphere in the House of Commons, Greg warned that unless those on both sides of the Brexit debate learned to discuss their differences in a more respectful manner, Britain risks losing its valuable reputation for civility and stability.

Following his calls for calmer debate in the House of Commons, Greg has welcomed the "pragmatic approach" and "demeanour" of the Prime Minister when presenting the outline of his new proposals for a Brexit deal.